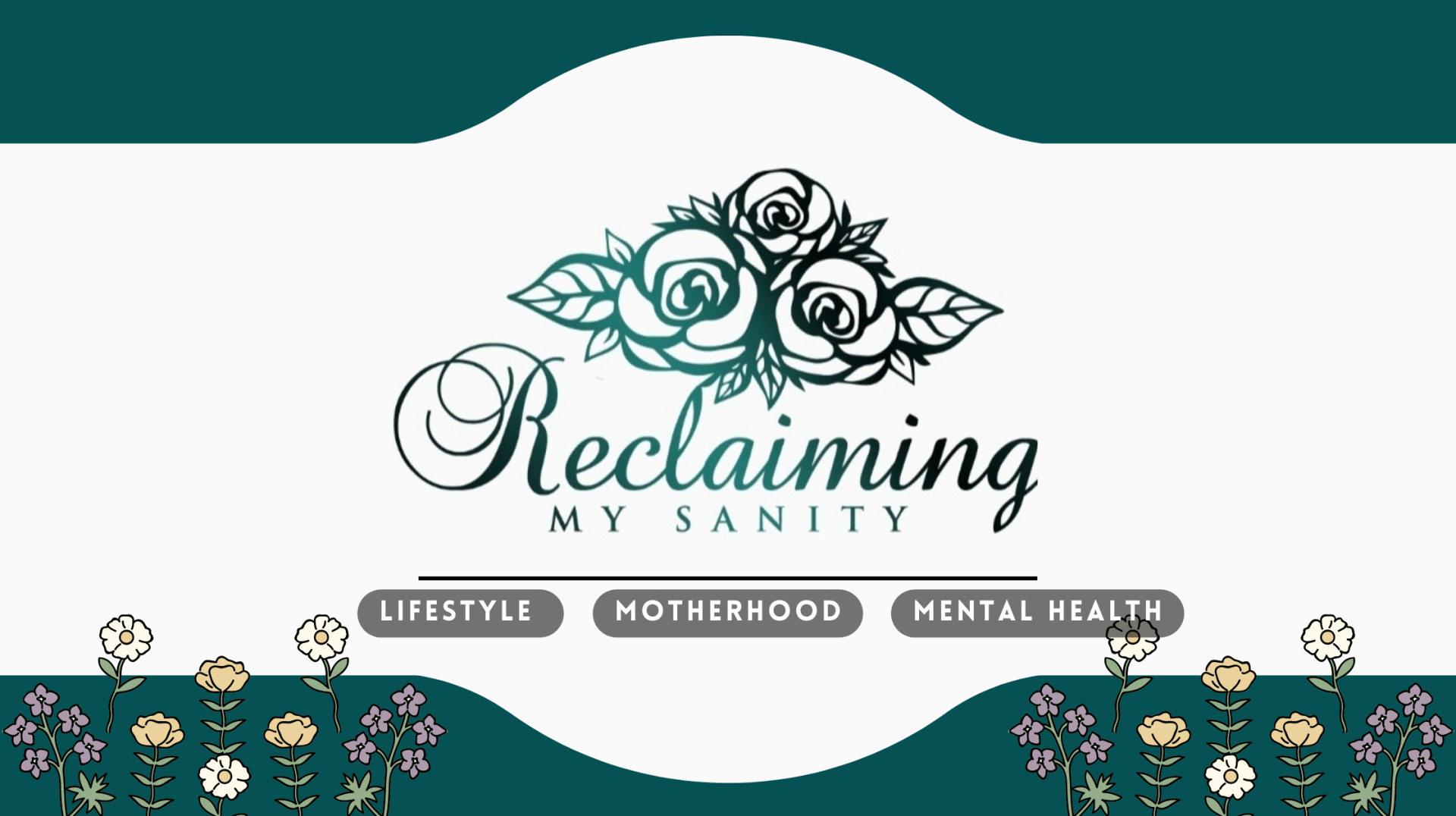 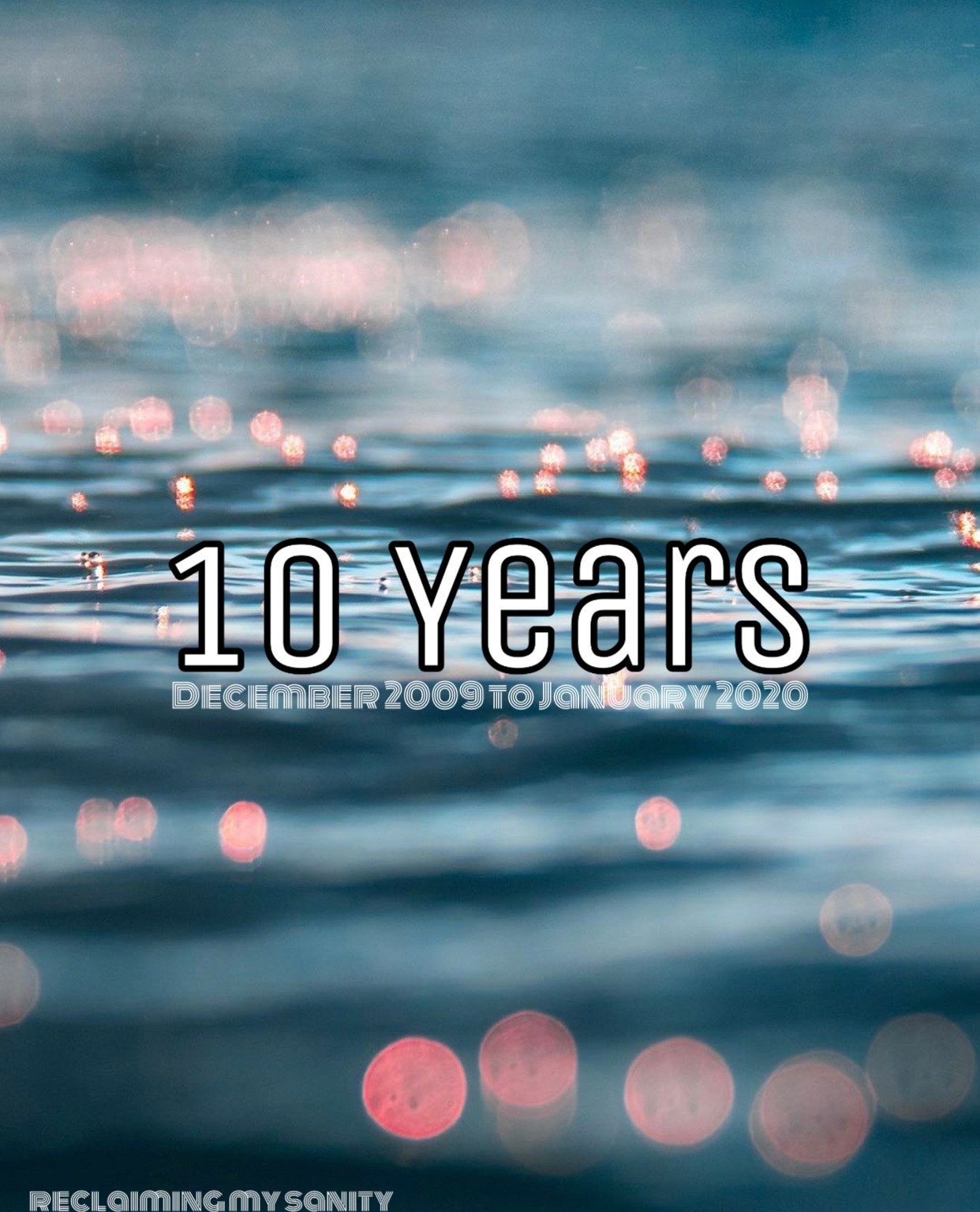 I have been reading a lot of blogs, Facebook posts, and Instagram posts about people’s reflection on the last decade. It had me trying to recall the last ten years of my life.

10 years ago, December 2009. I was barely 20 years old. I was living in a house in the country with my now ex boyfriend. I was a supervisor of Lawn and Garden at Walmart. I periodically went to local bars to sing karaoke, but other than that lacked an actual social life. I wasn’t happy or fulfilled.

February 2010. Me and said ex had abruptly broken up and I moved back to my mom’s house. For a weeks time I thought it was the end of my life. I did the wrong thing by thinking I would “earn” him back by becoming friends with benefits with him. That only lasted one time before I realized it was a mistake and that I really didn’t need him anymore. I went on my first roadtrip all by myself to visit my best friend in Kansas. I nearly died on the way home trying to beat the blizzard that was suppose to be coming (it wound up coming sooner and I drove into black ice). Luckily I made it home because 2 days later I met the love of a lifetime. If you want to hear that story check out this post How We Met. We met, fell in love, and moved in together all in the span of 8 months. We also got our 2 cats.

In 2011, I worked 2 jobs and went to college full time. Chris worked full time as well (both of us still at Walmart). We had some pretty amazing times in our first apartment. It surely was a learning curve as we learned to live with each other’s habits. In October, my depression had manifested so bad that I quit school, quit both my jobs, and we moved in with Chris’ parents. On December 31, 2011, Chris took me on a series of events. He took me to a salon to get my hair done. We went to dinner at a very fancy restaurant. We went downtown to the library and lollygaged in their geneology area until it got dark outside. We went and watched the fireworks before it started to rain too much. The next thing I know we were arriving at a hotel. When we got into our room, I had seen rose petals on the bed. After a bit Chris asked me if I saw the bed. He had wrote out “will you marry me” with the rose petals. Of course I said yes! My family was so excited they wanted us to come celebrate with them.

In 2012, I had a couple random jobs. I was a nanny for an old coworker of mine for about a month. I worked at a daycare for about a month. I then gave up trying, the depression and anxiety was out of control. In February we had decided to move our wedding up to March of that year because my brother was going to be home on leave from the Navy. We had about 2 weeks to get it all figured out but we did. Our ceremony was short and sweet. My only regret was not having a dress that fit very well. Our reception was a disaster. But the first mistake was having it at the local bar with the general public. Drunken idiots and my father ruined my happy night. Chris started a new job as a garbage man to allow us the income and benefits our growing family would need. About a month or so after we got married, we nearly got divorced. I won’t go into those details, but we ultimately worked through the issues [obviously]. We finally got our own place again. I battled depression because I thought I had fertility issues. Somehow though, we managed to get pregnant in September and found out in October.

In 2013, I was pregnant still (obviously) and began feeling like a worthless dud. Eventually it sat in pretty deep and I decided to sign up for school again at 8 months pregnant (May). In June we welcomed Pickle into the world. We adjusted to life as new parents. Then in August we decided the apartment life wasn’t for us anymore. We moved in with my parent’s with the idea that we would be saving up and house hunting. It also allowed my mom to stay home for awhile while we offset the rent (she watched my nephew he is only 3 months older than Pickle). Sometime in the Fall we found a realtor and started house hunting. It was a long process. We finally found a house around Christmas time.

In 2014, we closed on the house at the end of February. We also got our dog Kona. We celebrated Pickle’s first birthday [fun in the sun theme] and many other firsts with him. We then started trying for baby #2, but it just wasn’t happening.

In 2015, I got my associates degree and continued with the Bachelor’s program. We got more serious about wanting another baby. It still just wasn’t happening. Pickle turned two [Under the sea theme]! Towards the end of the year I found out I had insulin resistance and was put on medication for it.

In 2016 we still weren’t able to get pregnant so we both got tests done. I was on fertility medication and still wasn’t getting pregnant. I got imaging done and the month after I wound up pregnant with Monkey [found out in May]. Pickle turned 3 [Jake and The Neverland Pirate’s theme]!

In 2017, we welcomed Monkey into the world. Pickle turned 4 [comic book theme] and started preschool in the Fall. He learned and grew so much! I graduated college with my Bachelor’s degree! We decided to sell our house so we started getting it ready to go on the market. We met our realtor at an open house and decided to get the ball rolling sooner than we originally planned. I started working again, at Target. We went on a huge family glamping trip.

In 2018 we celebrated Monkey’s first birthday [vintage floral theme]. We listed and sold our house in 24 hours. We had 30 days to find somewhere to live with an endless battle of losing houses. Ultimately we decided to move to an apartment temporarily so that it was a stable place and we weren’t burdening our relatives. Living in a 2 bedroom apartment with 2 kids, 2 adults, 2 cats, and 1 crazy dog was seriously the worst. I am glad we had somewhere to go, but man it was rough. We finally got lucky and got our house that we have now. I lost almost 50 pounds on the Profile plan. Pickle turned 5 [Transformers theme] and started Kindergarten! In September our best friends got married. In October we had a huge surprise and found out we were pregnant with baby #3 (from said wedding haha).

Then of course there were many birthdays, zoo trips, pumpkin patch trips, staycations, museum trips, concerts, theatre shows, movies, swimming, apple picking, and a whole lotta life happening in between it all, every year.

We celebrated Monkey’s second birthday [Trolls theme]. My pregnancy with Bug was rough. I found myself missing a lot of days from work because of it. We went through a management change that was terrible. Ultimately I got fed up with the two face treatment in regards to my pregnancy so I decided to quit. 2 days later my water broke walking into Walmart at 29 weeks. I was put in the hospital on bed rest for a month before he decided to make his appearance. In a way it was a scary birth [check out this link if you want to hear about all that A Day Of His Own], but ultimately we both were ok. I had gone to the hospital and back everyday, sometimes multiple times a day, for 12 days before he finally got to come home. That was much harder than my bed rest adventure. We adjusted to being a family of 5. We had a lot of good times and a lot of really really rough times. I know you can’t have one without the other, but I feel like 2019 takes the cake thus far for my hardest year yet.

I wouldn’t be the resilient woman I am today had I not gone through what I did. Not only in 2019, but every single day.

I am looking forward to these new beginnings, new lessons to unfold, and new memories being made. I hope you continue to follow me along on my journey!