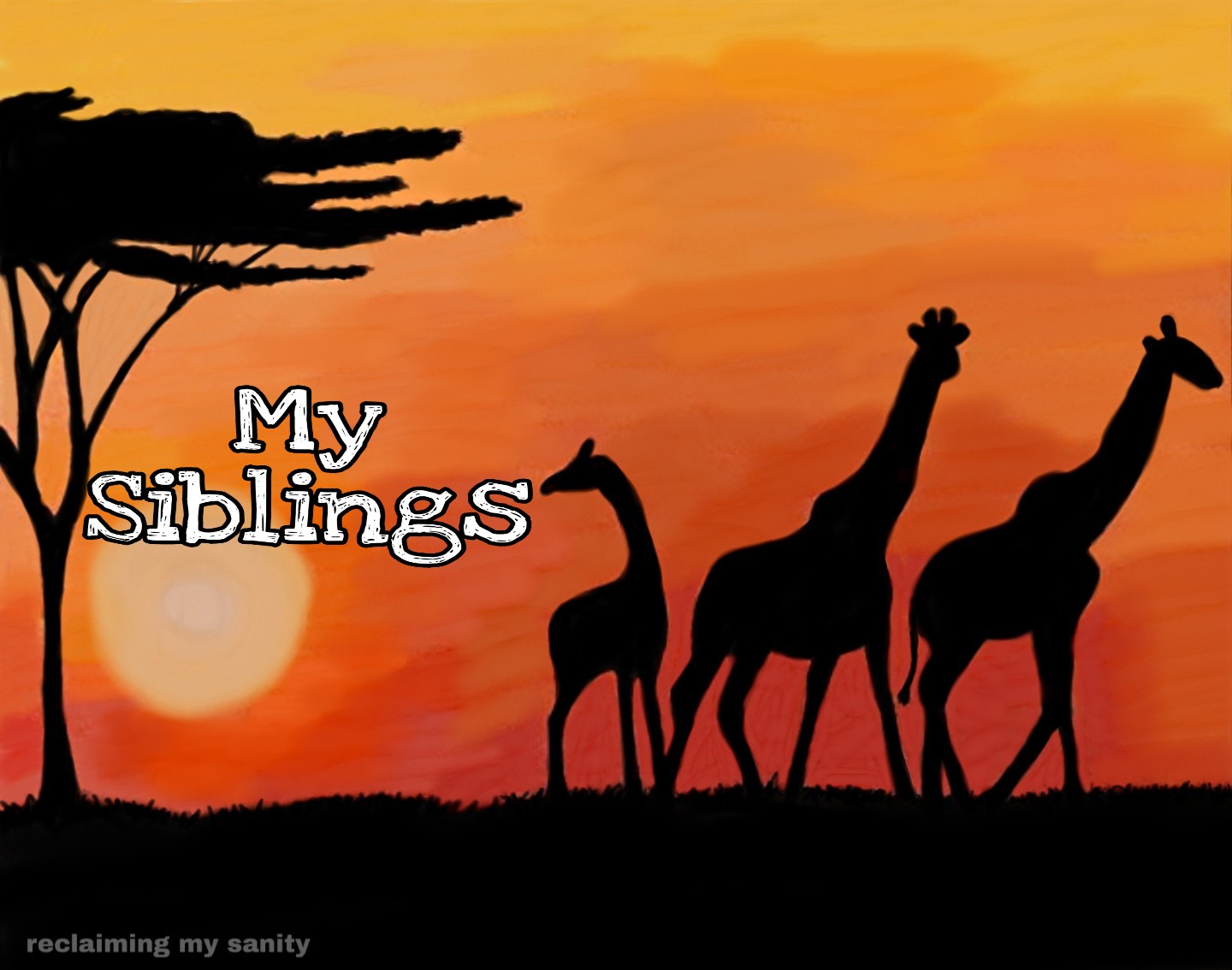 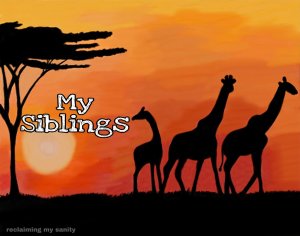 I truly do not know where to even begin because we are all so different. Which is funny because we all grew up in the same family. I think because we were different ages when the divorce occurred, we each reacted differently to it.

My older brother (born in 1988) was around 10 at the time of the initial split between our parents. He was pretty well involved already with his friends, sports, and other things. He did not seem to be home very often during that time. I wouldn’t be surprised if he chose to stay away more after the whole thing happened. It wasn’t long before he went to live with our dad. I only saw him on weekends, if he wasn’t at a friends house. He has always been -seemingly- social. We never really were like best friends, but I have never had to question whether or not he has my back. He has always taken his role as the oldest fairly seriously when it comes to protecting us or helping us. I remember when my mom had to have her hysterectomy surgery, my brother called my school to make sure that I was okay. Probably because I have always had a very strong attachment to my mom. Once he got to high school, I hardly ever saw him. If I did see him he was on the computer playing World Of Warcraft or blaring loud music through his headphones and singing along out loud -loudly- “IM SENDING OUT AN S.O.S” is one that stands out the most. It wasn’t until I started dating one of his good friends that we started to develop a different sort of relationship. More of a friendship, I felt, than we had ever had prior. He was still very social and VERY intelligent. I have always felt he is wise beyond his years (which still holds true). He never was very good at obeying authority. He and my dad fought often, but they still seemed to have a fairly close relationship. He sort of gave up on school sometime halfway through. He got into “extracurricular” activities with his friends. His defiance and things he was doing scared me. I remember having to go with my mom to find him late at night, just hoping that he was okay. Thankfully, he always was okay. In 2010, he joined the Navy. It was really hard to see him go, not knowing where he was going or if he was okay. We did write letters to him and were able to video chat a handful of times while he was overseas. Every time he came home, it was a very happy time for our family. We didn’t have to worry about him for a weeks time while he was here. In 2012, he was the best man at my wedding. I felt so happy knowing that he was there for this (it is why we decided not to wait until the following year). The Navy did a lot in helping him grow and facing authority. I truly admire him and envy his intelligence. He now owns his own house, has a great girlfriend, and a newborn daughter! He also is an amazing uncle to my kids and my nephew, as well as a devoted father figure to his girlfriend’s daughter. He is one of a kind remarkable guy!

After my brother in the line up, is me (born in 1989). However, since this is my blog, and you already read about me all of the time, we will skip me for this round (that is a lot of commas).

My sister (born in 1993) was around 5 or 6 years old at the time of the initial split up between our parents. I don’t think she really knew what was going on during that time. I don’t really have many memories of us being super close. We use to play “house” and Barbie’s, but that was about it. I remember I use to take her Barbie stuff because she didn’t seem to play with them very often. I remember walking home from school together and playing outside with the neighborhood kids. We also watched a lot of Full House and she really enjoyed watching Caillou. Towards the end of her elementary days, she started becoming much more friend oriented. She also started to get into sports; softball and volleyball. I do not remember seeing her a whole lot during her Middle School years. We actually started to loathe each other and fight all the time. We would get into physical fights; pulling hair, attacking with finger nails, biting, you name it and we probably did it. This went on for a long time. It wasn’t until I was probably a junior or senior in high school that we finally started to change, for a minute. She started doing “extracurricular” activities and living a different sort of scene than what I did. I never once attended a house party, where she seemed to be every weekend. She has always been very very social in that way. She was the maid of honor at my wedding. After I got married, she had found out she was pregnant. I believe that sole event is what changed our relationship. We finally started to get closer. The “extracurriculars” stopped. She became more family oriented once she became a mother. I am always grateful for that because I do not know where she would be today if it wasn’t for my nephew. She has become an incredible woman. We do not talk daily, but I think we both have a mutual respect for each other and love the relationship we have now.

In 1995, my younger brother was born. I did write some about him awhile back which you can read if you would like here –> Even Good People Make Mistakes . When the initial split up occurred, Robert (since we already used his name in the previous post), was about 4 years old. He truly had zero idea what was going on. I don’t think the affects of the divorce hit him until he was a bit older, though they were probably building -unknowingly- from the start. This kid had been through hell from an early age. He has been the most accident prone out of all of us. A bit fearless, for a lack of a better term. Much like my other siblings, I never felt close to Robert when we were little. I do not really remember spending a whole lot of time with him as he sort of bounced back between our parents often. He always seemed sort of troubled, but I think now that had a lot to do with how he was being raised and treated. Out of all my siblings, I think Robert and I share a common ground when it comes to education. We always had to try a lot harder to get mediocre grades. Where as my other 2 siblings, really did not have to try much, it seemed to just come naturally to them. Though we shared this common thing, we never really grew close. I think it wasn’t until 2011 or so when we finally started to talk more. Robert did get in on “extracurricular” activities like my other two siblings. If you have read the post about Robert, you would know this eventually lead him down a different path. Robert was in prison for 4 years. During those 4 years, I feel like we finally gained a closeness that we hadn’t had before. Robert became a man in a way that not many men do having been in prison pretty much straight out of high school. I am thankful that he came out of there with a strong head and determination to better his life. Robert now has his own place and is living each day as a new man determined to never stray back to his old ways. He is an awesome brother and uncle; you never have to question his loyalty.

I do have 3 more brothers, but 2 of those are still very young. The 3rd one, I have wrote about a little bit in the Justice for Pete post. We do not speak very often, but I think we have a mutual feeling of having each other’s back. Though we may not be blood, that doesn’t make me view him as any less of a brother.

I love all of my siblings for our likes and differences. Though, I think we could all do a little better at checking in on one another more often.

One reply to “My Siblings”