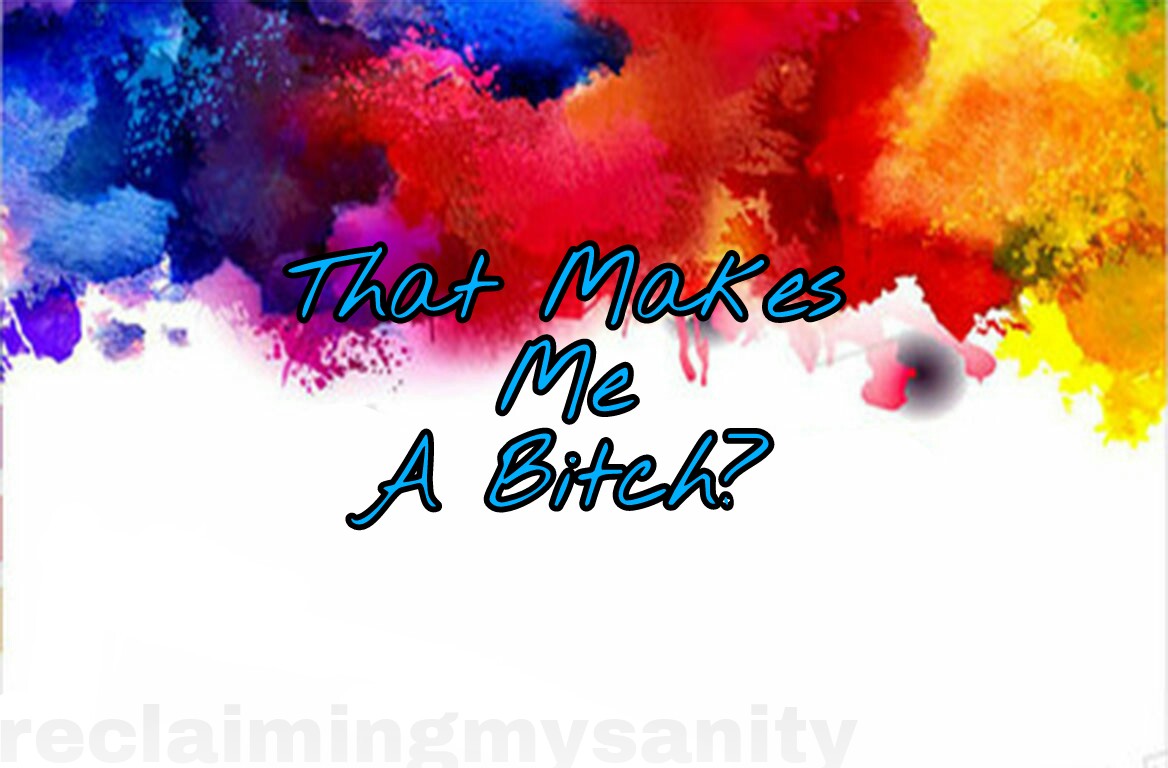 **Excuse the cussing in the title and any more from this point on.** 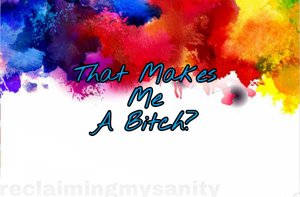 I have never been the type of person to just be mean for no reason. I have always done things in the best way that I know how when dealing with other people and situations.

I have come to the realization lately that people think I am a controlling bitch. Hmm. As I ponder that assumption of myself, I am a little sad that I am percieved this way. I don’t feel like I am a bitch to others without having a reason as to why.

More specifically, people think that I am controlling over my husband. I just feel like I need to clear the air here. Not that I owe people an explanation, but I just have some things that need to be said.

My husband is free to make the choices he wants for his life. In any relationship, not everyone believes in making the same choices. For instance, one person may feel like they want to drink soda everyday while the other person refuses to have soda in their house. Obviously each person has their reasoning for their stance and some things are worse than others. In a relationship you have to decide what is more important. Certain things are stupid, like soda. Other things are more serious and should be taken seriously. You have to find a resolution or compromise in order to keep from feeling like you’re being controlled or being controlling.

Before we got married, we had several discussions about what we want from our lives (as a unit and as individuals). If either of us felt that certain things were deal breakers, or asinine, I would like to believe we would not have gotten married. I will admit I do have more *things/choices* that bother me than he does, but that doesn’t mean I get to make those choices for him. They are his to make. If it’s something I don’t like, I am allowed to voice my opinion. He is allowed to voice his. In the end, we come to a mutual agreement.

In all honesty, it is no one’s business but ours. However, I know how things look and I know (now) what others see. They see it as me being controlling because I know what I want in my life. If my husband wants to make choices that go against what I want, that is his choice.

For another example, alcohol. I posted awhile back about my annoyance with alcohol. You can come to the conclusion that I do not like my husband drinking. That doesn’t mean he never drinks. He understands my feelings and respects them. Sometimes, though, he does put his wants before mine. Relationships are about give and take, so long as there is communication.

On to the next issue.

I have always been a firm believer in doing what is right, even if you don’t want to. There have been times where I have felt like I was doing what was right and it caused me repercussions. I never did any of these things to cause drama and problems for others. I actually felt I was trying to do the opposite for them.

If it makes me a bitch to do the right thing, then I am okay with that. What would I be if I didn’t take a stand for things anyone with common sense would see as wrong? I feel that would make me weak. If doing the right thing bothers people, then those aren’t the people I want to associate with. I should add, I am not going out looking for things to fix. It is just when they are presented to me, I try to help in the best way I know how.

If at the end of the day I am still a good person that is what matters.

4 replies to “That Makes Me A Bitch?”