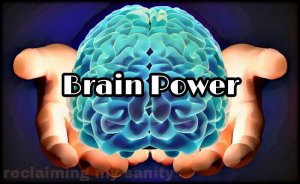 Ever since I graduated college in August, I have slowly felt like my brain has been losing its abilities. I have had problems with memory, as well as my ability to focus. Perhaps it is because I have gotten busier in life, but I really think it’s because I have not been utilizing my brain in the same capacity as I was while enrolled in school.

I was getting frustrated with myself, for not being able to recall the simplest things like what we had for dinner all week. I took it upon myself to do something about it. I needed to find ways to get my brain activated again.

I wound up downloaded an app called Peak. It has a bunch of brain stimulating games. I have it set up to notify me on certain days that I need to do my activities. It is suppose to help you improve in these categories: language, problem solving, memory, focus, and mental agility. It gives you this map to show you how well you’re improving. You also can compare your results to others in your age group. Though I haven’t been playing it long (going on my 3rd week), I can already see the improvements as the game gets easier for me.

Not only am I playing those games on the Peak app, but I also play sudoku in my spare time. Sudoku is a number puzzle where you start with numbers that are given on a grid and you have to figure out the numbers that are missing. You use numbers 1-9 and have to watch various patterns so that you don’t repeat a number in the same line or square. Here is what it looks like on medium difficulty:

I try to challenge myself and create a time limit I want to beat to finish the game in. Normally I do fairly well, but there are sometimes when I just blankly stare at the screen. You can find sudoku books or you can find sudoku apps. They are fun, challenging, and stimulating.

How do you keep your brain active?